He Might Be Short, But He Controls Mighty Men – See Photos Of This SUG President 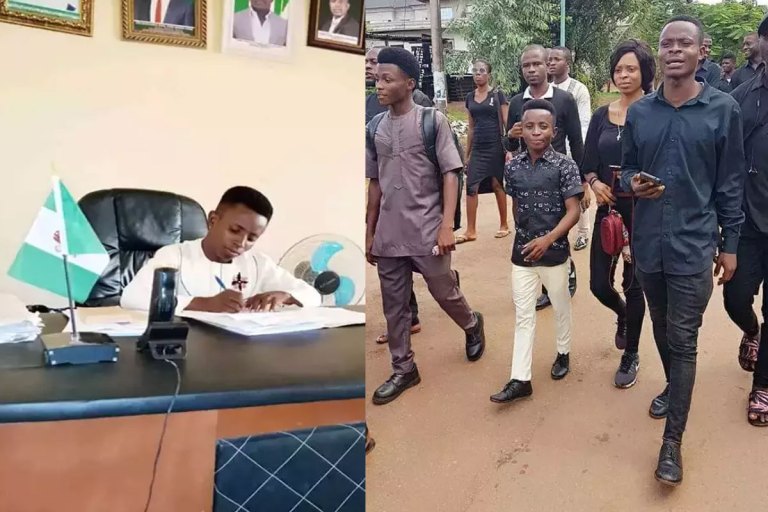 Chima Okoro Smart is the president of the Student Union Government of the Akanu Ibiam Federal Polytechnic in Afikpo, Ebonyi State.

Popularly called ‘Smarto’, Chima is challenged by height but that has not been a blockade to attaining his goals in life.

He is currently in his final year studying Business Administration and sources say that when he contested in the presidential elections, he won by a huge margin.

Reports say that he is very outspoken and intelligent and many love him for his openness and concern for student’s well-being in campus.

Check out photos of Chima who is said to be controlling men in his government.